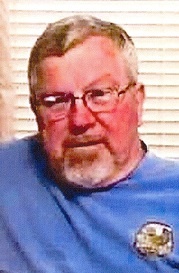 A celebration of life will be 2-7pm Saturday – February 2, 2019 at Colona American Legion Post 1233. Schroder Mortuary in Silvis is assisting the family with arrangements.

Alvin was born May 12, 1949 in Moline, IL the son of Eugene and Marlo Hughes Van Dyke. He served in the Air Force during Vietnam. He married Twila Parsons in 1986. Alvin retired from John Deere after 30 years. He continued to work for IHMVCU in maintenance for 10 years. He was a member of the Colona American Legion Post 1233 and enjoyed restoring cars and motorcycles. He loved camping, especially wintering in Florida, and his dog Missy.

Alvin was preceded in death by his parents and a brother George.

To order memorial trees or send flowers to the family in memory of Alvin Van Dyke, please visit our flower store.