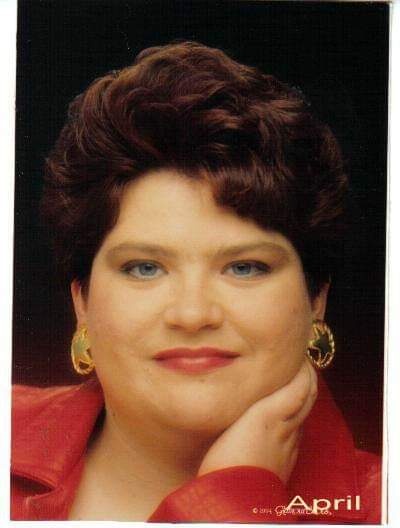 Per her wishes she will be cremated and a memorial service will be held at a later date. In lieu of flowers memorials may be made to the family. Schroder Mortuary in Silvis is assisting the family with arrangements.

April was born November 12, 1973 in Silvis, IL the daughter of Willard and Joyce Fraikes May. She married Paul Gardner in Rock Island and later divorced. April worked as a caregiver for Help at Home for several years. She enjoyed spending time with her friends at the Colona Donut Shop.

Survivors include her daughter Maria Gardner of East Moline; sisters Gena Wright of Cedar Rapids, IA and Jenny Reynolds of North Carolina and many aunts, uncles, nieces and nephews.

April was preceded in death by her parents and 3 brothers.

To order memorial trees or send flowers to the family in memory of April May-Gardner, please visit our flower store.