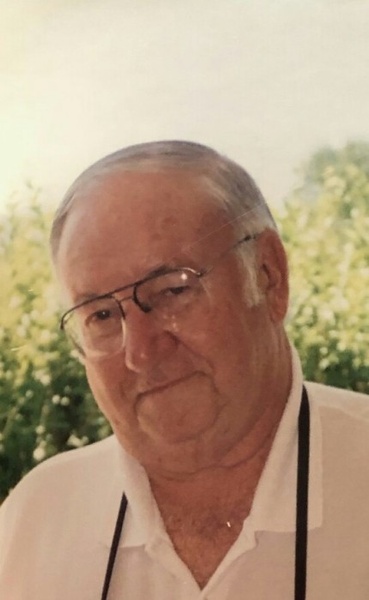 Arnold (Arnie) E. Davis passed away peacefully at The Iowa Veterans Home in Marshalltown, IA at age 92 with his loving children Paul and Debbie at his side.

Arnold was born in Eldon, IA moving to Silvis when he was in grade school and spent most of his life in the Silvis and East Moline area. Arnie, as he was known, married Bonnie Stout in March 1951 and from this union 3 children were born. He worked for the Rock Island RR in Silvis from 1948 to 1980 retiring with Soo Line RR in Davenport in 1988. He was very active participating in various sports and enjoyed exercising. He was an avid golf and ping-pong player engaging in both activities into his late 80's.

The family deeply appreciates and pray continue blessings to the staff and volunteers at Iowa Veterans Home. Most importantly the Ulery dementia Alzheimer unit #1 who helped Arnie to have a high-quality and happy life during his final years.

To order memorial trees or send flowers to the family in memory of Arnold Davis, please visit our flower store.