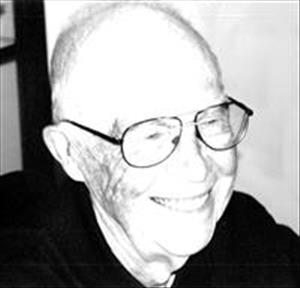 Arnold A. Swanson, of Silvis, died peacefully, surrounded by his children, on Dec. 28, 2014, at Clarissa C. Cook Hospice House in Bettendorf.

Mr. Swanson was a charter member of Sycamore Baptist Church in East Moline, where he served the Lord as a deacon for over 30 years. He also served several years on the Riverdale School Board in Port Byron. He loved being a farmer. He grew up on his father's dairy farm in Silvis, and continued farming the rest of his life. Arnold was employed at Ametek in East Moline and the Rock Island Arsenal and he retired from there in 1989. But Arnold's devotion to Christ surpassed all his earthly endeavors.

Mr. Swanson is survived by his wife, Elizabeth Vetter-Swanson; and his children and their spouses, Bruce and Jo Swanson, Henderson, Ky., Sally and Bruce Pemberton, Rolling Meadows, Ill., and Sue and Tom Phelps, Port Byron. Arnold was blessed with 10 grandchildren; and 15 great-grandchildren. He is also survived by stepchildren, Laurie Christenson and Jeff Vetter. He was preceded in death by a stepson, Allen Vetter.
To order memorial trees or send flowers to the family in memory of Arnold Swanson, please visit our flower store.