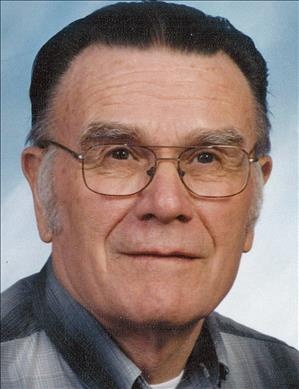 Arthur Lee was born September 15, 1929 on the family farm near Dean, Iowa the Son of Arthur D. and Blanch Potter Kieffer. He grew up in southern Iowa, graduating from Exline, Iowa High School in 1947. Arthur farmed in Iowa and worked other various jobs. He served in the Army from 1951-1953. On June 13, 1954 in the home of Clarence and Margaret Summers of Albia, Iowa, he married Ida Delores Summers. The couple moved to Illinois in 1957, where Arthur would work for John Deere for 30 years, retiring in 1987. Arthur enjoyed woodcarving, gardening, playing games, attending church, taking part in Grandchildren's activities and especially enjoyed spending time with family. He was a Mason and member of the Odd Fellows and Hampton United Methodist Church.

He was preceded in death by his Parents, two Sisters, two Grandchildren and a Great Grandson.

Online condolences may be left at schrodermortuary.com.
To order memorial trees or send flowers to the family in memory of Arthur Kieffer, please visit our flower store.