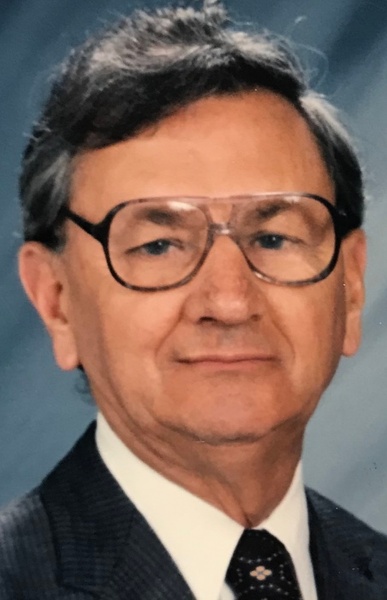 Funeral services will be 11:00 a.m. at Schroder Mortuary, Silvis on Tuesday, Feb. 19th, with visitation 1 hour prior.  Burial will be in Greenview Memorial Gardens, East Moline.  Memorials may be made to Silvis United Methodist Church.

Arthur Edward Kinman was born on August 25, 1932 in Moline, Illinois to Archie and Freda Branford Kinman.  On November 26, 1955, he married Freda Monteith at the Silvis United Methodist Church.  Art worked for the Rock Island Railroad for 31 years prior to their bankruptcy, then later for Chrome Locomotive and National Railway Equipment, retiring in August 1997.  He served two years in the Army during the Korean Conflict.  Art was an avid bowler in his younger years.  He spent many hours coaching Little League in Silvis, YMCA Biddy Basketball, and traveling to the variety of sporting events his sons and grandchildren were in.

He was a loving husband and devoted father to Brian (Tracy) of East Moline, Illinois and Greg (Sheri) of New River, Arizona.  Hours he spent with his grandchildren, Sydney of Brentwood, Tennessee and Jordan of Phoenix, Arizona were special.  He is survived by his wife, sons, grandchildren and a niece, Sandra Mellinger of East Moline.

His parents, a sister and two brothers preceded him in death.

The family wishes to acknowledge the compassion and care received from personnel at Illini Hospital and the Clarissa Cook Hospice House.

Online condolences may be left for the family at www.schrodermortuary.com.

To order memorial trees or send flowers to the family in memory of Arthur Kinman, please visit our flower store.