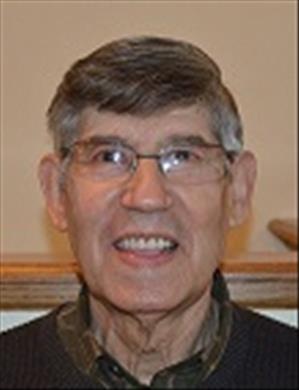 The funeral mass will be 1 pm this Friday at Our Lady of Guadalupe Catholic Church in Silvis. Visitation will be from 4-7 pm Thursday at Schroder Mortuary in Silvis, Rosary at 4 pm.

Augie was born Sept. 20, 1935 in East Moline to Augustine and Helen Martel. He was a high school basketball star at Moline High and received an athletic scholarship which allowed him to get his Bachelor's Degree from the University of Iowa where he studied art. He was a member of Iowa's 1954-1955 and 1955-1956 Final Four basketball teams.

Augie married Mary Boyles in Rock Island in 1966. He served in the U.S. Army during the Korean War, and worked for Deere and Company until his retirement in 1997. In his retirement he became an avid reader of biography, history, and nonfiction books, and enjoyed discussing them daily over coffee at home and out with friends. He was a lifelong and devoted member of the Catholic Church.

Augie survived his parents.
To order memorial trees or send flowers to the family in memory of Augustine Martel, please visit our flower store.