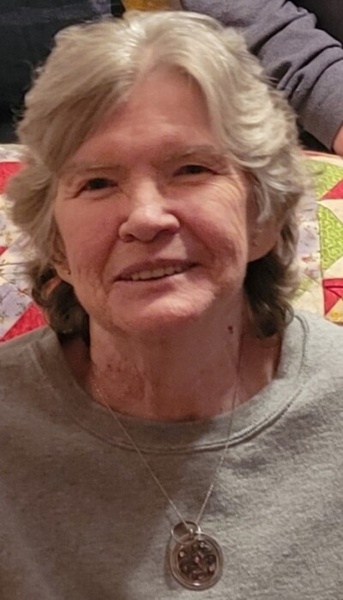 Brenda JoAnn Greer Feaster, 69, of East Moline passed away May 15, 2022 surrounded by her family.

In accordance with her wishes she will be cremated, and a graveside service will be 11:00am Saturday at Greenview Memorial Gardens, East Moline. Memorials may be made to Fresenius Kidney Center.

Brenda was born August 10, 1952 in Silvis, IL the daughter of Bruce and Barbara (Krambeck) Greer. She was a 1970 graduate of United Township High School. Brenda held several jobs throughout her youth until adulthood with her favorite being a mother to her two daughters and grandma to her seven grandchildren. She enjoyed playing cards and games with her family as well as playing games with her family and friends and staying connected with them on Facebook. Brenda was a loving mother, grandmother, aunt, cousin, and amazing friend to many throughout her life and she will be deeply missed.

Brenda was preceded in death by her parents Bruce and Barb and a brother Steven in infancy.

The family would like to give a special thank you to Brenda's Aunt Sandy Krambeck Rowe, who was like a little sister, and took wonderful care of Brenda for the last several years.

To order memorial trees or send flowers to the family in memory of Brenda Feaster, please visit our flower store.