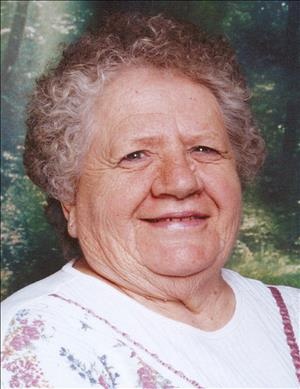 Carole A Stewart, 77, of Cleveland, IL passed away February 7, 2017 at Rosewood Care Center in Moline after an extended illness.

Visitation will be 4-6pm Friday with a memorial service from 6-7pm at Schroder Mortuary in Colona. Cremation rites will be accorded. Carole and her late husband David will be buried at Roselawn Memorial Estates in Moline at a later date. In lieu of flowers memorials may be made to Beacon of Hope Hospice in Davenport.

Carole grew up in East Moline where she attended Cook School and graduated from United Township High School. In 1957 she married David Stewart of Mountain Home, Arkansas. He preceded her in death in June of 2011.

Carole was an active member of her community of Cleveland, serving on the Women's Club while maintaining her vegetable and flower gardens. Carole could be seen at flea markets and yard sales throughout the area. She enjoyed crafts and collecting antiques. Her passion was her family.

She leaves her beloved daughter Anola Stewart of Coal Valley and a granddaughter April (Pat) Winkler of Milan. She also leaves a sister Marian Reddick of New Windsor and several nieces and nephews. In addition to her husband, she was preceded in death by a son, Mathew; sisters Orriel Van Hollebeke, Mildred Foutch and Colleen Watkins and brothers Grady Kave and Sheldon Kave.
To order memorial trees or send flowers to the family in memory of Carole Stewart, please visit our flower store.