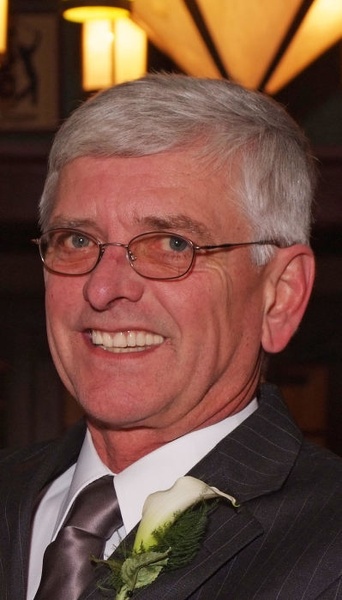 A memorial visitation will be 5:00 – 7:00 p.m. on Wednesday, August 7th at Schroder Mortuary in Silvis. A memorial mass will be 3:00 p.m. on Thursday, August 8th at St. Marks Anglican Church in Silvis. Memorials may be made to the church or Genesis Hospice.

Chuck was born November 22, 1952 in Moline, IL the son of Lamoine and Jessie Brent Stevenson. He served in the National Guard from 1971-1977. Chuck married Judith Ann Kennedy December 18, 1971 in Coal Valley. He worked at Stevenson Ski and Cycle, John Deere Plow Planter, Stevenson Construction, McKee Enterprises, Anchor Lumber, and most recently was the owner of Plantation Coffee Systems. Chuck enjoyed golfing, traveling, especially to Florida, and spending time with his grandchildren. He was always available to neighbors, friends, and his church.  Chuck was a skillful carpenter and a generous man who impacted the lives of countless people by sharing his talent and knowledge.

Chuck was preceded in death by his parents, brother Robert and sister-in-law Arline.

Online condolences may be made at www.schrodermortuary.com.

The family would like to give a special “thank you” to Casey from Genesis Hospice and the chemotherapy team at Genesis Silvis.

To order memorial trees or send flowers to the family in memory of Charles Stevenson, please visit our flower store.