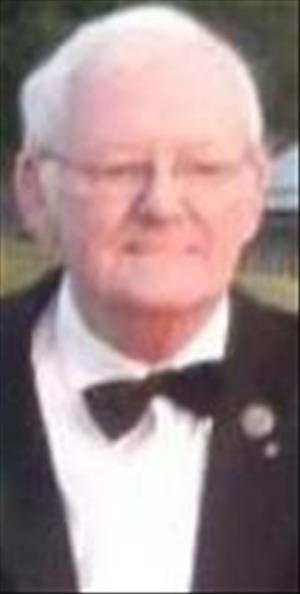 Charles "Chick" "Scotty" Thomson Charles Thomson of Silvis, Illinois passed away Wednesday, February 5, 2014 following health complications stemming from diabetes, kidney disease, and Alzheimers. He died sleeping next to his wife at Rosewood Care Center where both had been residents since November of 2013. Funeral services will be at Schroder Mortuary in Silvis. Visitation will be Monday, February 10th from 4 to 7pm. Funeral service will be Tuesday, February 11th at lpm. Chick was born in Glasgow, Scotland, June 10th, 1932, the son of Marion and James Thomson. He married Elizabeth Black on July 20th, 1956 in Glasgow, Scotland. She passed away in April of 1987. Chick married Ty Stock on May 18th, 2000, He arrived in the United States with his wife Betty and their two children Lynn and Ray in 1968. Chick & Betty along with John and Jane Tennant became famously known as the Silvis Scottish people. The foursome from Glasgow ( Betty and Jane being sisters, John and Chick best friends) they built their houses next to one another and raised their families drenched in Scottish culture and tradition. Chick served in the British Royal Services in Egypt and attended Glasgow Engineering School. He retired from Caterpillar as a tool and die maker. Chick was a founding member of the Scottish American Society of the Quad Cities. He was the Bard of the annual Robert Bruns Night and famous for his address To The Haggis. He served as a committee volunteer for the QC Highland and Celtic Games. He was a member of the JDC closing day ceremonies featuring the Scottish flags and bag pipes. He was a popular speaker and entertainer at local schools, museums and culture festivals. Chick loved sports. He formed and coached one of the areas earliest soccer teams in 1968. Often times traveling across the state to rival other early existing teams. Chick was a big supporter of the STL Cardinals, the GB Packers, The QC Mallards and the Glasgow Ranger Soccer Club. He enjoyed golfing and swimming. He was a math genius and loved to watch Jeopardy. He loved technology. He was a poet and story tellers. He loved to play his guitar and sing. He was the life of the party. Chick loved working in his tool shop in the garage. He could create and design any project asked of him. He enjoyed friends and neighbors asking him for advice and help. Give him a challenge and he was on top of the world.. Chick and Ty were a team. Serving on many charities and organizations. Always arm in arm at Symphony, Playcrafters, events and festivals, strolling the river walk, a night at the casino. They traveled the world making 21 trips visiting Europe. They loved their little dog Dougall Boy. Being together forever was their plan. Then we came to Rosewood. The amazing and wonderful nurses, the kind and helpful aids, the brilliant kitchen staff and cheerful cleaning staff at Rosewood made the last months comfortable and safe. They became our family. The suite at Rosewood was our home away from home at the end. Ty, Lynn and Ray will always remember the safety Rosewood offered to the family..

And a very special thank you to our friend Faith at Hospice Compassus and her caring, loving team whose visits and advice and concern gave us strength and support. Words cannot convey their value. They are just magnificent. God bless them. Chick is survived by his wife Ty, daughter Lynn (Donnie) Rapids City; son Ray, San Antonio, grandchildren Zach and Sydney, San Antonio, sisters Margaret and May, Glasgow, favorite nephew Stuart Tennant (Ellen), Silvis, niece Kim Sweeney (Dan), Rock Island, nieces Molly and Maggie Tennant, nephews Ian and Chase Pavelonis, Step son William Nelson, Venice, California, brother and sister in laws Charles and Janet Lee, Ottumwa, Iowa, mother-in-law Virginia Reifsnyder, Ottumwa, Iowa. And many nieces and nephews. Including story teller Alan Thomson of Nevada. He was preceded in death by his parents, brothers Bob and Jimmy, sister and brother John and Jane Tennant. In Chick's memory memorials may be made to The Silvis Public Library Children's Department, The Black Hawk Pipes and Drums Band, or The Alzheimer's Research Fund. He was a wonderful father, grandfather, uncle, brother, son and husband. And to so many he will always be remembered as Uncle Chick. For all of you who knew and loved Chick...always remember him with joy and give him a jolly good toast.
To order memorial trees or send flowers to the family in memory of Charles Thomson, please visit our flower store.