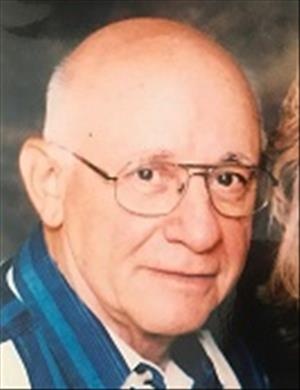 A memorial visitation will be 4 to 7 p.m. Thursday at Schroder Mortuary in Colona, with a memorial service at 7 p.m. Memorial may be made to the family.

Dick worked as an assembler at McLaughlin Body shop retiring in 1997. He enjoyed hunting, fishing and going to dirt track races.

Survivors include his wife, Audrey; children, Lori (Charles) Stohl, of Colona, Kelley Hinson, of Rock Island, Wendi (Scott) Jordan, of Geneseo and Laken Perry, of Des Moines; grandchildren, Erica White and Caitey Ketner; great-grandchildren, Alexis Horton, Jayden White and Boston Perry; and several nieces and nephews. Dick was preceded in death by his parents; and brothers, Dave and Donny.
To order memorial trees or send flowers to the family in memory of Clarence Ward, please visit our flower store.