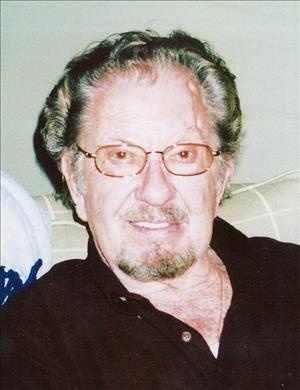 Funeral services will be 1pm Friday at Schroder Mortuary in Silvis with visitation from 11am until service time. Burial will follow at Greenview Memorial Gardens in East Moline. Memorials may be made to Allister Mink College Fund.

Clayton was born Nov. 11, 1923 in Moline, IL the son of Gerald and Ethel Baker Ragan. He served in the Army during WWII from 1943-1946 taking part in D-Day, Battle of the Bulge and the liberation of Buchenwald. He later married Carol Hawkings May 26, 1950 in Galesburg, IL. She passed away Oct. 17, 1982. Clayton worked as a plumber pipefitter and was also a Superintendent, Plan Designer and Job Estimator. He was a member of the Moline VFW and past president of the Moline Pigeon Club. Clayton also loved music and continued to play guitar and other various instruments until the age of 90. In his younger years he played in the band "The Drifters" He was honored to accept an invitation from Johnny Cash to visit his home and play with him in the studio.

Clayton was preceded in death by his parents and his wife.
To order memorial trees or send flowers to the family in memory of Clayton Ragan, please visit our flower store.