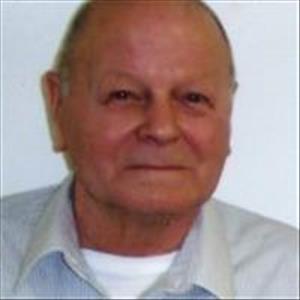 Clifford Park Waller, son of David D. Waller and Isabelle (Hotard) Waller was born January 9, 1932 in Atkinson, Ill. He passed away Thursday, September 24, 2015 in the Marshfield Care Center, Marshfield, MO at the age of 83. Visitation will be from 12-1p.m. Thursday, October 1, 2015 at Schroder Mortuary in Silvis. Graveside services will follow at 1:30p.m. at Greenview Memorial Gardens in East Moline.

Clifford was united in marriage to Jennie Lea Cain-Davis in 1966. They were blessed with a son Clifford, Jr and a daughter, Cindy. He worked for many years for the Rock island Line and later retired from Case International. He served in the United States Army and was an avid Los Angeles Dodgers and St. Louis Rams fan. He was preceded in death by his parents; two brothers, Carol Waller and Paul Waller; and two sisters, Charlene Erickson and Alice Dano. Survivors include his wife Jennie; one son, Clifford Waller, Jr; one daughter, Cindy Davis-Robertson; two grandsons, Matthew Shea and Patrick Shea; one granddaughter, Stacey Shea; two great-granddaughters, Raina and Cassandra Shea; one brother, Arthur Waller and his wife Edna; and one sister, Evelyn Blashack and her husband Dennis.
To order memorial trees or send flowers to the family in memory of Clifford Waller, please visit our flower store.