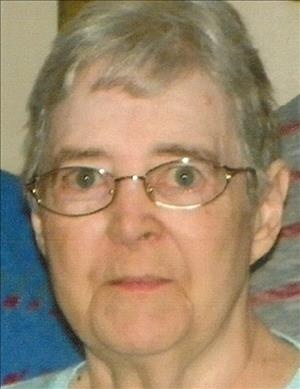 Visitation is Thursday, March 2nd from 10:00 - 11:00 a.m. at Schroder Mortuary, Silvis. A private burial will be held at Rock Island National Cemetery. Memorials may be left for the Cancer Foundation or Animal Aid Humane Society, Moline.

Darlene was born December 30, 1928 in Silvis, IL a daughter of Ivan and LaRue Morgan Nelson. She married Don Taylor, later on November 24, 1973, she married Jessie Garrison in Rock Island. Over the years, Darlene had worked at the YWCA Cafeteria in Moline, Canteen Co. in Moline, Moline Telephone Co. and the Rock Island Arsenal. In her spare time, she enjoyed reading and doing Sudoku puzzles and she loved watching sports. She was a member of First Baptist Church, East Moline.

Online condolences may be sent to the family at schrodermortuary.com.
To order memorial trees or send flowers to the family in memory of Darlene Garrison, please visit our flower store.