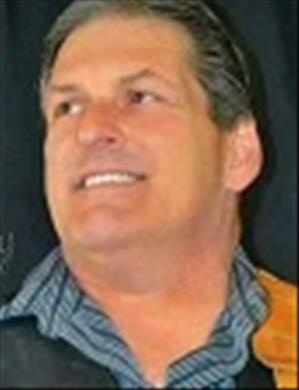 Funeral services will be 11am Tuesday at Schroder Mortuary in Colona. Visitation will be 4-7pm Monday at the mortuary. Burial will be at Greenview Memorial Gardens in East Moline. Memorials may be made to the family.

Darryl was born July 13, 1964 in Moline, IL the son of Estall and Evelyn Lynch Wilson. He married Terrie Cloutier Nov. 20, 1993 in Rock Island. In his younger years he traveled and played guitar. He was an accomplished musician and was known as "Teleman". Darryl enjoyed fishing, hunting and being outdoors. He was a loving husband, father and grandfather.

Darryl was preceded in death by his father.
To order memorial trees or send flowers to the family in memory of Darryl Wilson, please visit our flower store.