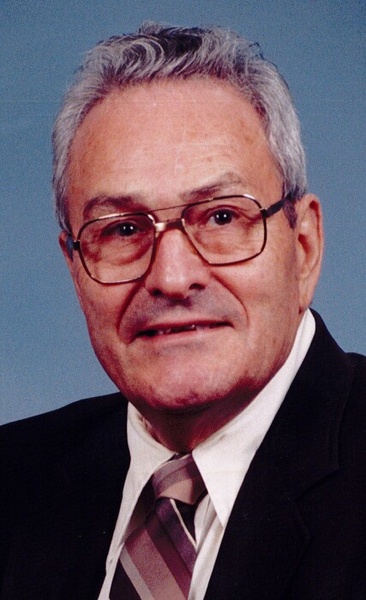 Funeral Services will be 11am Friday at First Baptist Church in Silvis with visitation 1 hour prior to service time. Burial will be in Greenview Memorial Gardens in East Moline. Memorials may be made to The Gideons.

David was born December 23, 1927 in Des Moines, IA the son of David E. and Ora J. Wyzard Miller. He graduated from Orion High School and Moody Bible Institute before receiving a bachelor’s degree from Augustana College and his master’s from Western Illinois University. David served in the Army during WWII. He married Wanda Wilson November 23, 1956 in Silvis, IL. She passed away September 21, 1994. He later married Annette Limkeman August 9, 1997 in Silvis, IL. She passed away January 25, 2009. David worked and retired from the Silvis School District, teaching math and science in the Silvis Junior High. He was a member of Gideons International, a former Awana leader and taught Sunday school. He also enjoyed gardening and trains.

David was preceded in death by his parents, both Wives, and brothers Victor and Andrew Miller.

To order memorial trees or send flowers to the family in memory of David Miller, please visit our flower store.