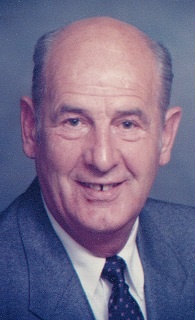 Funeral services will be 10am Saturday at Schroder Mortuary in Silvis. Visitation will be 4-7pm Friday at the mortuary. Burial will be at Greenview Memorial Gardens in East Moline. Memorials may be made to Christ United Methodist Church Family Life Center.

Dean was born Sept. 1, 1929 in Moline, IL the son of Lyle and Frances Goddard Stone. He married Peggy Scott Nov. 29, 1949 in Piggot, AR. She passed away June 30, 1985. Dean worked for Anchor Lumber building houses and Rock Island Lines in Silvis. He also owned a sod company. He was a major league pitcher for the Senators where he was the winning pitcher of the all-star game in 1954. He also pitched for the Red Sox, White Sox, Colt 45’s, St. Louis Cardinals and Orioles. He also played twice in South America and once in Japan.

To order memorial trees or send flowers to the family in memory of Dean Stone, please visit our flower store.