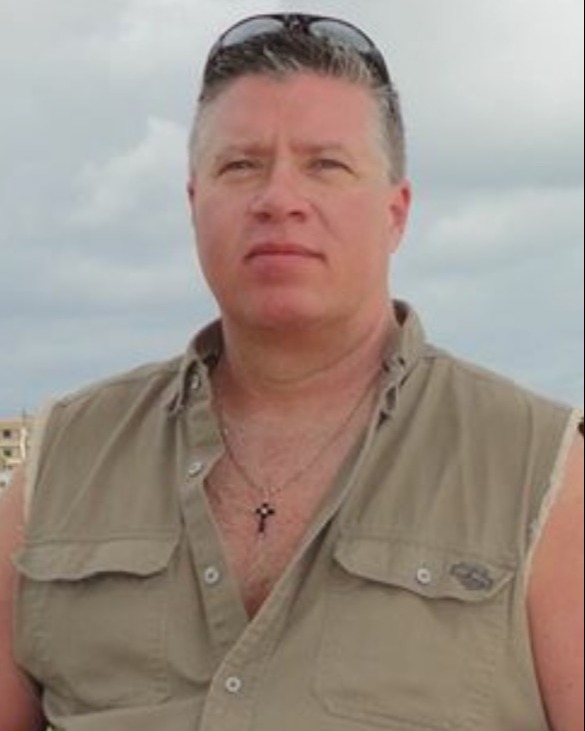 Funeral services will be 11am Saturday at Schroder Mortuary, Colona. Visitation will be 4-7pm Friday at the mortuary. Burial will be in Dayton Corners Cemetery, Colona. Memorials may be made to the family.

Derrell was born October 22, 1961 in Young Harris, GA the son of William Bruce and Velma Juanita Crawford. He was married to Christine Crew from October 3, 1981 until 1998. Together they had their daughter Ashley in 1988.

Derrell started working installing siding at age 12 with his uncle Lloyd. He worked for IBP as a supervisor on the kill floor for 6 years and Crew Roofing for 6 years. He retired in 2022 from Uniflyte in Orion after 30 years.

Derrell was an avid Harley lover still owning his first bike, a 1972 Sportster, a 1999 Road King and a 2015 Street Glide Special. He enjoyed fishing especially with his granddaughter Ryley and her friend Myles, going to Cordova Drag Strip with Mark, and riding with his brothers in the 3↓ Club. Derrell played Santa for the holidays, even through his illness, and was proud to have Ryley beside him as his Elf. He was a loving father and grandfather who never missed a date with his girls.

Survivors include his daughter Ashley (Ryan) Erichsen and his granddaughter Ryley.

He was preceded in death by his parents, brother Ron, cousin Steve, mother-in-law Antoinette Crew, and “brother” Bob Alexander.

The family would like to thank the staff at Genesis East 4th Floor Oncology for all the love and care given to Derrell and his family.

To order memorial trees or send flowers to the family in memory of Derrell "Big D" Crawford, please visit our flower store.