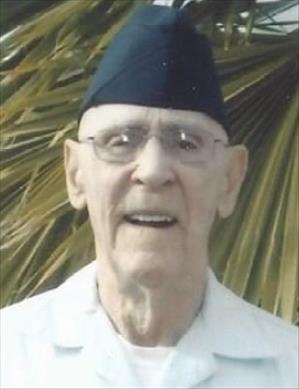 Donald L. Russell, 83, of Apache Junction, AZ. formally of the Quad Cities passed away March 27th, 2018 surrounded by his family at his daughter's home.

Funeral services will be held 11am Friday April 6 at Schroder Mortuary in Silvis. Visitation will be 4-7pm Thursday at the mortuary. Burial will be at The Rock Island National Cemetery. Memorials may be made to Henry County 40 & 8 Voiture #433, "Nurses Scholarship Fund." C/O David Moser, 103 N Meadow Circle, Annawan, IL 61234. 40 & 8 supports our military veterans. A nursing scholarship will be presented in Donald's name in honor of his years of service to his country. Schroder Mortuary is assisting the family with arrangements.

Donald was born August 14, 1934, in Metropolis, Illinois, the son of Gordon and Mildred Wilson Russell. He attended United Township, class of 1952. Donald married Donna Inskeep, January 14th, 1954 in East Moline. Don proudly served in the Air Force and retired after 21 years of service. Later he retired from JB Hunt. Don loved to travel and enjoyed spending time with his family, especially his grandchildren.

Don was preceded in death by his parents, step mother Goldie Russell, daughter Victoria Russell and sister, Jackie Fisher.
To order memorial trees or send flowers to the family in memory of Donald Russell, please visit our flower store.