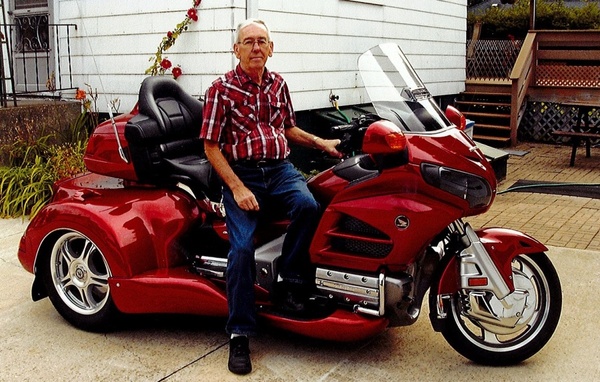 Donald " Don" Tomlinson, 78, of Moline passed away Thursday, July 9 at his home.
Visitation will be 1pm - 3pm Saturday at Schroder Mortuary, Silvis. Cremation rites will be accorded and burial will be at a later date.

Don was born March 22, 1942 the son of George and Mildred Firebaugh-Lucas Tomlinson. Don grew up working on the family farms in Swedona and Sherrard; he enjoyed helping his father and learned how to drive the tractor at age nine. Don worked on the farm and several odd jobs before he was employed by John Deere Harvester in 1962, working in the 855 maintenance department, retiring in 1993 after 30 years.

Don was a motorcycle enthusiast owning several bikes; he enjoyed traveling to California, South Dakota and a few other states. Even though he loved home-cooked meals, he was a regular at many of the Quad City area restaurants. His favorite being the Quad Cities USA. Don enjoyed playing various card games for over 18 years at the Moline Activity Center. Don started racing Go Carts in the 70s; later his hobby was Stock car racing with his son where he was a proud builder and supporter of the stock car #75. He enjoyed outings with family and friends.

Don was proceeding in death by his parents, sister, Karen and grandson Austin.

To order memorial trees or send flowers to the family in memory of Donald Tomlinson, please visit our flower store.