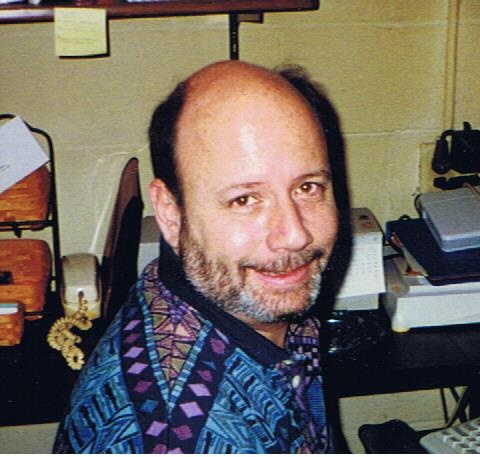 Edward H. Bischoff, 63 of Colona, Illinois passed away March 5th after a long battle with cancer and other contributing factors.

Visitation will be 4-7pm Thursday with a rosary at 3:30pm at Schroder Mortuary in Colona. Mass will be 10am Friday at St. Patrick's Catholic Church in Colona followed by private interment at Rock Island National Cemetery. Donations may be made to the Menkes Foundation in Edward's name.

Ed was born May 20th, 1957 in Dover, New Jersey to Lillian Abrahams and William Warren Bischoff. After graduating from Morristown High School in 1975 he enlisted in the US Navy where he met the love of his life, Ann Mart. They married January 26th, 1979 going on to have 2 daughters, April and Beth. Ed honorably discharged from the Navy after 14 years.  He found his niche in management spending 10 years at Best Buy before finding his happy place with Kwik Trip until he passed. He was a wonderful co-worker and manager as his family would continue to hear stories of his dedication, friendship and support and of course his well-known sarcasm and sense of humor until the very end.

Ed's family meant the world to him.  He was unendingly proud of his daughters and grandchildren who were his whole heart. He did his best to always support and guide them. Ed loved the sun and could be found on a lawn chair baking in the heat if he wasn't carting around his grandchildren Kaiden or Natalie in the back of a riding mower, watching The Temptations movie any time it played or loving on his dogs.

Anyone who knew Ed knew he was an incredibly proud and loving husband, father and grandfather.  He will forever be loved and missed by every life he touched and the hole he left will forever go unfilled.  There was no one like him.  He was truly one of a kind.

To order memorial trees or send flowers to the family in memory of Edward Bischoff, please visit our flower store.