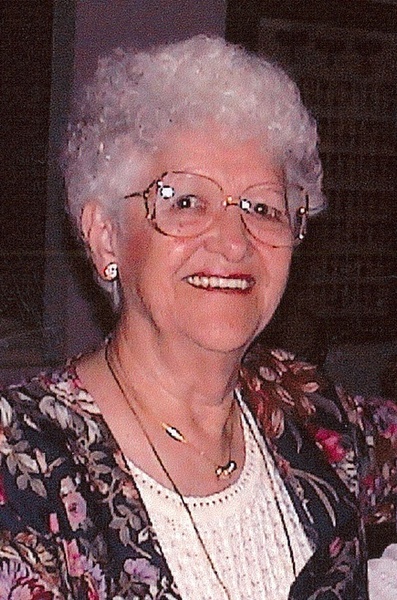 Elsie Evelyn Carmichael, 102, of East Moline, went to be with her Lord January 2, 2019, at Illini Restorative Care, Silvis.

Visitation will be 10-12pm Saturday at Schroder Mortuary, Silvis with funeral services starting at 12pm.  Graveside services will follow immediately at Greenview Memorial Gardens, East Moline. In lieu of flowers memorials may be made to Hampton Grace Methodist Church.

Formerly, Elsie Evelyn Vandel was born July 15, 1916 in Clio, IA, the daughter of Victor and Rachel (Turner) Vandel. She was a country girl, growing up on a farm in Powersville, MO.  Elsie married Cecil Carmichael, January 24, 1934, in Lucerne, MO. In the 1940’s employment opportunities brought them to the Quad Cities. Elsie spent many years as a cashier at local auction houses before gaining employment with Strombeck and Becker, East Moline, IL where she retired in 1981, after 27 years of service.

Elsie was a lifelong member of Carbon Cliff United Methodist Church, and recently a member of Hampton Grace United Methodist Church. She loved ballroom dancing and was a member of The Guys and Gals Rock Island dance club for many years.  She was an avid bowler and participated in several leagues after retirement. While Elsie enjoyed watching Lawrence Welk, reading True Story Romances, collecting greeting cards, planting flowers, playing board games, walking, and having yard sales, her greatest joy was spending time with her family.

Elsie will be missed dearly, but her impression on this world will never be forgotten.  The family would like to send a special thank you to the entire staff at IRC for loving Elsie and treating her as if she was a part of your family. Also a big thank you to her special friend Merci Munoz and many other friends at IRC.

To order memorial trees or send flowers to the family in memory of Elsie Carmichael, please visit our flower store.