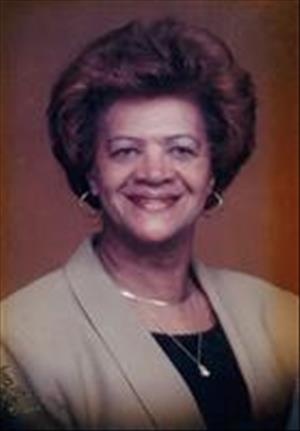 Evelyn R. Miles was born on Aug. 10, 1938, in Monroe, Mo., and transitioned to her heavenly home on March 1, 2014, at the age of 75. Funeral services will be 11 a.m. Monday at Olivet Baptist Church in Rock Island. Visitation will be from 4 to 7 p.m. Sunday at the church. Burial will be at Rock Island National Cemetery. Memorials may be made to the family. She was the fourth born, of four children to James and Beulah Miles. Her siblings include Herman (Dorothy) Miles and Clayton (Barbara) Miles and a dear sister, Opal (Alfred) Patterson, who preceded her in death in 2012. Evelyn was reared and educated near Hannibal, Mo. Evelyn was united in marriage to James R. Overton Sr. in 1957. Out of this union were born four children, Harvey (Esther) Overton, Columbia, Mo., Lois Yvette (Willie C.) Thompson, Omaha, Neb., James (Jimmy) R. Overton Jr., Rock Island, and her youngest son, William Sherman Overton, who preceded her in death in 1995. She also was blessed with eight grandchildren, James Overton III, Omaha, BJ Thompson and Alicia Thompson, Omaha, Justin (Martel) Overton, Rock Island, Eric Hollowell Oklahoma City, Okla., Kelicia Hopkins, Chicago, Niveah Overton, Ohio, and Jada Overton, Rock Island. Evelyn married Thomas Owens in November 1996, in Rock Island. He preceded her in death in 2003. Evelyn is loved by many family members and friends including two very special nieces, she nurtured as her very own, Carol Dothard, Peoria, Ill., and Elaine Dothard, Stanford, Conn. Evelyn was affectionately known as "Ev" by her special best friend of more than 58 years, Roxanne Lampkin. A special person of Dorothy Hill was so helpful and caring to Evelyn during the past few years. Evelyn was a member of the Olivet Baptist Church, Rock Island, where she served as an usher. She also was affiliated with several organizations during the years, as well ADAH Chapter No. 10, Past Illustrious Commandress of Masqat Court No. 167 and the Elks-Elite Temple in Rock Island. Evelyn was known to meet everyone she came in contact with, with an infectious, genuine smile, with her beautiful hazel eyes lighting the way. Evelyn was a woman who had an exceptional, endearing and very special kind of love for her family and friends. Evelyn also was preceded in death by two grandchildren, Brandon Overton and Taryn Early; and special nephews, Tony Miles, Baron Dothard and Ivan Dothard.

Funeral services will be 11 a.m. Monday at Olivet Baptist Church in Rock Island. Visitation will be from 4 to 7 p.m. Sunday at the church. Burial will be at Rock Island National Cemetery. Memorials may be made to the family.
To order memorial trees or send flowers to the family in memory of Evelyn Owens, please visit our flower store.