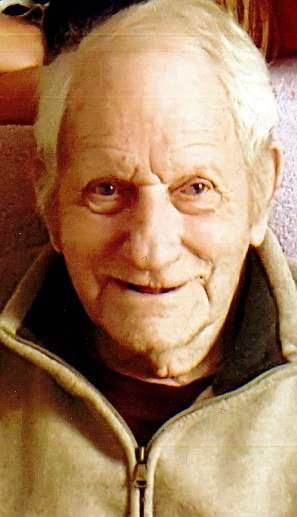 Funeral services will be 10:30am Monday at Schroder Mortuary. Visitation will be 2-4pm Sunday at the mortuary. Burial will be at Greenview Memorial Gardens in East Moline. Memorials may be made to the Quad Cities Animal Welfare Center.

Shortie was born June 18, 1933 in Colchester, IL the son of Zello and Bessie Zimmerman Miller.  He married Barbara Sears July 26, 1953 in Geneseo, IL.  She passed away March 22, 2007. He graduated from UTHS in 1951 and maintained friendships with a number of his classmates through years with semi-monthly breakfast get togethers at the Windmill, Deerfield and Brothers restaurants.

Shortie started his truck driving career at Dimock and Gould in East Moline.  He retired in 1995 after 40 years driving for Milburn Trucking, Clairmont Trucking and John Deere Parts Express. During his trucking career he reached the landmark of One Million Safe Driving Miles and was recognized by his company for that achievement.  After retiring you would always find him outside maintaining the lawn or in the garage tinkering.

Shortie was preceded in death by his parents, wife, daughter Rhonda Williams and sister Mary Duyck.

To order memorial trees or send flowers to the family in memory of Floyd Miller, please visit our flower store.