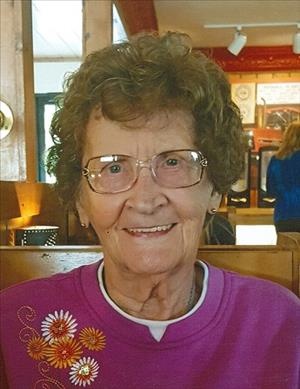 Funeral services will be 2pm Wednesday at Schroder Mortuary in Silvis with visitation 1 hour prior to service time. Burial will follow at Greenview Memorial Gardens in East Moline. Memorials may be made to the American Heart Association.

Frances was born July 28, 1929 in Des Moines, IA the daughter of Vincent and Grace Lund Peterson. She married John Engstrom who passed away Nov. 19, 1961. Frances raised 5 children on her own after the passing of her husband. She enjoyed car rides, playing bingo, shopping, going out to eat, traveling to visit her sisters and spending time with her grandchildren and Spencer.

Frances was preceded in death by her parents, husband and a son Thomas Engstrom.
To order memorial trees or send flowers to the family in memory of Frances Engstrom, please visit our flower store.