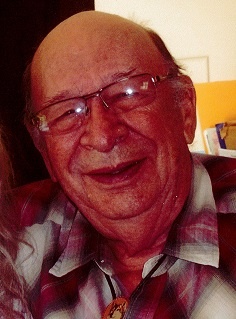 Funeral services will be 11am Saturday at Schroder Mortuary in Silvis with visitation 1 hour prior to service time. Burial will be in Rock Island Memorial Park Cemetery. Memorials may be made to one’s favorite charity.

Fred was born March 15, 1937 in Thebes, IL the son of Freddie and Stella Cruse Wilson. He married Patricia January 7, 2018 in Fairfield United Methodist Church in Port Byron. Fred worked for the City of Moline water Plant for 21 years retiring March 30, 2002. Previously he had worked as a break man for the Rock Island Lines and for Ford. Fred enjoyed riding his motorcycle and was a member of the Black Hawk Abate Motorcycle Club and the Gold Wing Road Riders Association of Iowa Chapter O. He was also a member, board member, and past president of the QCCA, a member of the Moline Conservation Club, and a member of the Masonic Lodge 898 in Silvis.

Fred was preceded in death by his parents and his previous wife Sharon and a step son Rob French.

To order memorial trees or send flowers to the family in memory of Fred Wilson, please visit our flower store.