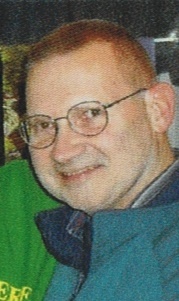 Gary L. Lamb, 70, of Colona passed away peacefully at his home after an extended illness on April 4, 2019.

A graveside service will be 1pm Thursday at Greenview Memorial Gardens in East Moline. Schroder Mortuary in Colona is assisting the family with arrangements.

Gary was born April 10, 1948 in Tuscaloosa, AL the son of Roscoe and Lorene Tidwell Lamb. He married Charlene Hargrave April 17, 1981 in Moline, IL. Gary served in the Air Force during the Vietnam Era. He retired from Case IH after 30 years. Gary enjoyed working as an umpire for 20 years with NSA, ASA, and SAA in Illinois and Iowa including many tournaments in the area. He enjoyed playing guitar and bowling and played a significant role in the lives of his grandchildren and great grandchildren.

Gary was preceded in death by his father and a brother Ronnie Lamb.

To order memorial trees or send flowers to the family in memory of Gary Lamb, please visit our flower store.