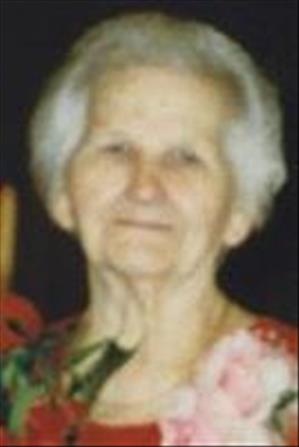 Goldie I. Hatfield, 96, of Hixson, TN formerly of Colona passed away July 18, 2013 at Memorial North Park Hospital in Hixon, TN.

Funeral Services will be 1pm Wednesday at Schroder Mortuary in Colona. Visitation will be 4-7pm Tuesday at the mortuary and also 1 hour prior to service time. Burial will be in Greenview Memorial Gardens in East Moline. Memorials may be made to the family.

Goldie was born April 25, 1917 in Suck Creek, TN the daughter of William Thomas and Florence Lena Jackson McNabb. She married James P. Hatfield Sept. 10, 1938 in Rossville, GA. He passed away March 21, 1993. Goldie was a dedicated wife and mother. She attended church and was a born again Christian. She also enjoyed shopping.