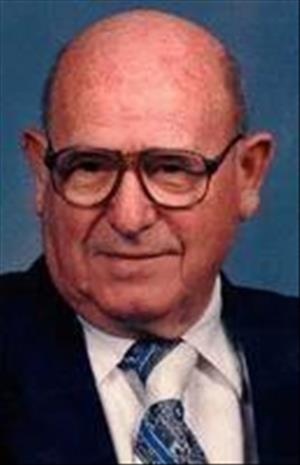 Funeral services will be at 10 a.m. Wednesday at Schroder Mortuary in Silvis. Visitation will be from 4 to 8 p.m. Tuesday at the mortuary. Burial will be at Greenview Memorial Gardens in East Moline. Memorials may be made to the Carbon Cliff United Methodist Church. Hilbert was born on Sept. 15, 1926, in Moline, the son of Lyle and Frances Goddard Stone. He married Shirley Banscher on Feb. 14, 1950, in Rock Island. She passed away on Feb. 3, 1985. Hilbert graduated from UTHS in 1944. He served in the Air Force during WWII. Hilbert retired from CE Peterson Sons in Moline after 30 years as a carpenter. He was a member of the Carbon Cliff United Methodist Church and the Deer Valley Collector Club. He enjoyed gardening, bowling, crafts and was a Cubs, Bears and Illini fan. Survivors include his children, Chuck (Cheryl) Stone, of Lynn Center, Linda (Butch) Thomsen, of Orion, Marty Stone, of Glen Ellyn, Ill., Russell (Judi Wood) Stone, of Hanna City, Ill., Tim (Tamee) Stone, of East Moline, Lanny (Berta) Stone, of Naperville, Ill., Julie (Doug) Morse, of Davenport, and Bryan Stone, of Hampton; 23 grandchildren; 12 great-grandchildren; one great-great-grandchild; a brother, Dean Stone, of East Moline; and sisters-in-law, Marilyn Stone, Port Byron, and Kathie Stone, Adams, Tenn. Hilbert was preceded in death by his parents; his wife; and three brothers,Lynn, Paul and Alan.
To order memorial trees or send flowers to the family in memory of Hilbert Stone, please visit our flower store.