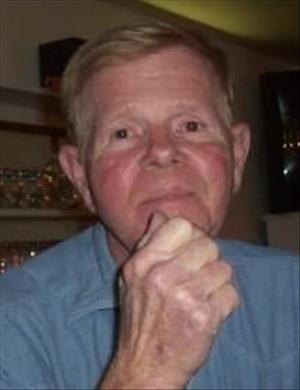 James A. Grizzle, 74, of Moline passed away Wednesday March 21, 2018 at his home in Moline surrounded by his family.

Per his wishes he will be cremated and burial will be at a later date at Greenview Memorial Gardens in East Moline. Schroder Mortuary in Silvis is assisting the family with arrangements.

James was born Nov. 6, 1943 in Rock Island the son of Paul and Esther Stevens Grizzle. He married Darlene Inskeep Sept. 29, 1985. She passed away July 27, 2007. James proudly served in the Air Force during the Viet Nam Era. He retired from John Deere Parts in Milan in 1999. James enjoyed motorcycle riding, golfing, fishing and wrenching on cars. He also loved to help people.

James was preceded in death by his parents, his wife, 1 brother and 1daughter..

The family would like to extend a special thank you to Stephen for the care given to James.
To order memorial trees or send flowers to the family in memory of James Grizzle, please visit our flower store.