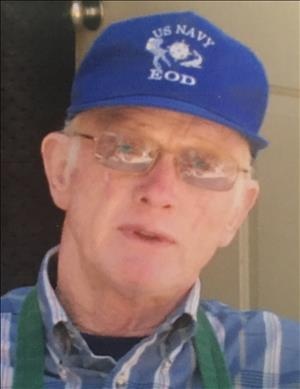 A memorial service will be 11am Monday April 10, 2017 at Schroder Mortuary in Colona. Visitation will be 1 hour prior to service time. In lieu of flowers memorials may be made to one's favorite charity.

Jim was born Feb. 3, 1940 in Butler County, Iowa the son of Joseph and Irene DeVore Merrill. He married Juanita Draper in 1959 and later married Lois Gardner May 20, 1974. Jim worked for the Rock Island Railroad and Burlington Northern Santa Fe Railroad retiring in 2000. He enjoyed building houses for many years. Jim also enjoyed fishing, hunting, woodworking, gardening and spending time with his family, especially his grandchildren.

Jim was preceded in death by his parents, first wife Juanita Schutz; 2 brothers Joseph and Norman and a sister in law Barbara. The family would like to thank all of Jim's caregivers, especially Kaylyn, TA and Stephany from Hospice.
To order memorial trees or send flowers to the family in memory of James Merrill, please visit our flower store.