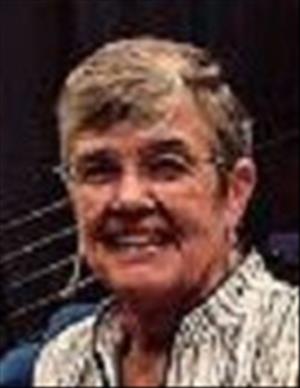 Joan L. Mercer 76, of Olivia, Minn., and formerly from East Moline, went home to be with the Lord on Jan. 13, 2017, at Rice Memorial Hospital in Willmar, Minn., after a long battle with several health problems.

Her funeral service will be held at First Christian Church in East Moline at 11 a.m. on Monday, Jan. 30. The Rev. William Coley will officiate. There will be a visitation one hour prior to the service at the church. Graveside services will be held at the Rock Island National Cemetery, Arsenal Island, where she will have her Eastern Star graveside service.

Joan Louise Russell was born on Sept. 16, 1940, in Pottstown, Pa. She was the daughter of Raymond and Edith Russell. She graduated from Pottstown High School in 1958 and from Wittenberg University in Springfield, Ohio, in 1962, where she received her bachelor's degree in political science. She moved to Chicago to work for the Social Security Administration Office, and it is there that she met the love of her life, James Mercer. They later married on Nov. 26, 1966, in Hoffman Estates, Ill. They were happily married nearly 41 years until his passing Nov. 24, 2007.

Joan later worked for Kansas City Life Insurance and the Social Security Office in Davenport and later retired from Genesis-Illini Campus working as a legal clerk in the medical records department. Joan loved spending time with her family. She especially loved spending time with her three granddaughters, going to their various activities and watching Family Feud. Joan also loved going to Huntsville, Ala., to visit her brother and his family, which she was hoping to do again next month. Joan was a huge fan of the Green Bay Packers and enjoyed watching football with Nic. She also loved watching NCIS and Fox News.

Joan was a member of Rose Chapter No. 626, Order of the Eastern Star. She served in many capacities, including being a grand lecturer for many years until taking her emeritus in 2015 for health reasons. She served as a grand representative to California in 2003 and 2004. She also served as grand chaplain in 2013. She truly loved the organization, but more importantly, loved the people she met and shared her life with. She served on Faith Assembly advisory board for the International Order of the Rainbow for Girls. She loved helping Rainbow as much as she could because of the great memories she made at Rainbow with her daughter.

In lieu of flowers, memorials may be made to First Christian Church of East Moline, where she was a member for the past 24 years; Rose Chapter No. 626, Order of the Eastern Star; and the Christian Community Outreach Center in Olivia.

Joan will be greatly missed by her daughter, Allyson Hendriks and her husband, Nicolas, Olivia; her three granddaughters, Kadynce, Hope and Chloe Hendriks, all of Olivia; her brother, Ret. Col. Robert Russell, Huntsville; sister-in-law, Caroline Russell, Port Charlotte, Fla.; sister-in-law, Rhoda Ramona Glazier, Morrison; and several nieces and nephews. She was preceded in death by her husband, James; her son, Jason; her parents; her brothers, Raymond Jr. and Gerald Russell; sister-in-law, Gloria Russell; and several sisters-in-law and brothers-in-law on her husband's side of the family.
To order memorial trees or send flowers to the family in memory of Joan Mercer, please visit our flower store.