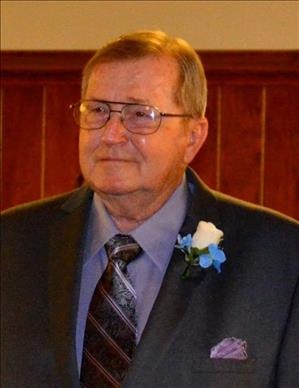 Graveside services will be 11 a.m. Saturday at Greenview Memorial Gardens in East Moline. Schroder Mortuary in Silvis is assisting the family with arrangements. In lieu of flowers memorials may be made to Disabled Veterans.

John served in the Army Infantry Division for seven years, nine months and 10 days. He worked at John Deere Harvester in East Moline as an R5 machine repair and maintenance mechanic for 30 years, retiring in 2005.

John was a member of the UAW Local 865 and enjoyed reading, watching TV, NASCAR, BMX racing, RVing, and traveling and was a well-known national senior cruiser rider.

John was preceded in death by his parents, wife, three infant sons, brother, Dick and a sister, Marilyn.

The family would like to express a very heartfelt thank you to the angels who carried him in his final days. Katy McMaster and Roxanne Coulson.
To order memorial trees or send flowers to the family in memory of John Cox, please visit our flower store.