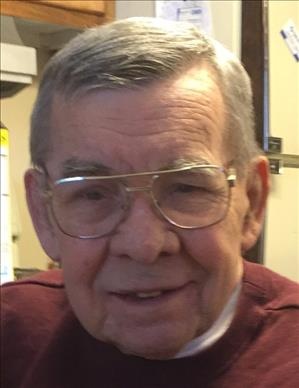 Funeral services will be 10am Monday at St. Patrick's Catholic Church in Colona. A memorial visitation will be 1-3pm Sunday at Schroder Mortuary in Colona. Memorials may be made to the family.

Allan was born Oct. 3, 1942 the son of Herman and Lu Hartsock in Wapello, IA. He married Julie Small in 1975 in Wapello, IA. As an attorney Allan practiced law in Burlington, IA and the Quad Cities for 50 years as a personal injury and workman's compensation attorney. He was a member of the American, Iowa, and Illinois Bar Associations. He was also a member of Sacred Heart Catholic Church in Moline and St. Patrick's Catholic Church in Colona.

Allan's completed bucket list included his motorcycle trips with the guys and his wife border to border, coast to coast, down to Veracruz, MX and Nova Scotia. His fishing trips to Canada with special friends, his poker buddies for years, his faith and his family were important to him.

Allan was preceded in death by his parents, brother Lonnie who died in Vietnam, and his son Darrin Johnston.

A special thank you goes to the doctors, the help at home, and the special visiting nurses who assisted with Allan's care.
To order memorial trees or send flowers to the family in memory of John Hartsock, please visit our flower store.