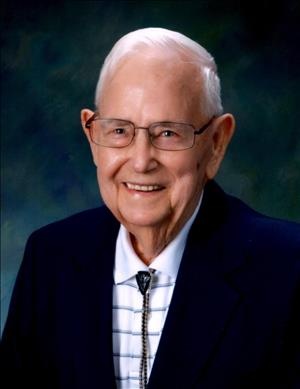 Schroder mortuary, Silvis is in charge of arrangements. Visitation is 5 to 7 p.m. on Monday, July 10th at the mortuary. Services are 10 a.m. Tuesday, July 11th also at the mortuary. Burial is at Greenview Memorial Gardens, East Moline, with Military Rites conducted by East Moline American Legion Post #227.

John was a World War II veteran from 1942 - 1946, serving in the Merchant Marines in the North Atlantic and the U.S. Navy in the South Pacific. He was a member of Christ Methodist Church in East Moline, Silvis Masonic Lodge #898, Scottish Rite of Moline, Medina Temple in Chicago, the Order of the Eastern Star of Illinois, Rose Chapter #626 at the Silvis Masonic Lodge, and the American Legion.

John was employed at International Harvester East Moline Works for 31 years in the SDS department, retiring in 1982. He and his wife lived most of their lives in Illinois, but after having several health problems moved to Florida in May 2004 to be closer to their son James. Survivors include son and his wife, James and Margaret King, Lake Mary, Florida; seven granddaughters; four great-granddaughters; two great-grandsons; two great-great-grandchildren; sisters Joann Gladfelder, Wamego, Kansas Neillie Power, Moline, and Waldo King, Moline, and many nieces and nephews

Loretta, John's wife of 69 Years, their son John Jr. and his wife Sandy, his parents, and six brothers preceded him in death.

Memorials may be made to the family.
To order memorial trees or send flowers to the family in memory of John King, please visit our flower store.