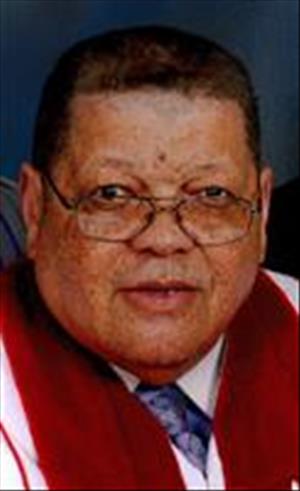 Reverend John Clifford Parker, 73, of Davenport passed away Fri. Jan. 30, 2015 at Trinity Terrace Point in Bettendorf. Funeral services will be 11am Saturday at The Word Church in Rock Island with Rev. Jarrod Parker officiating. Visitation will be 4-8pm Friday at the church. Burial will be at Pine Hill Cemetery in Davenport. Schroder Mortuary in Silvis is assisting the family with arrangements. Reverend John Clifford Parker was born April 15th, 1941 to William (Bill) Clifford Parker, and Ruth Mae Watson Parker. He spent his formative and adolescent years in Hamtramck, Michigan where as a young boy he served as the church Sexton at Macedonia Baptist Church, where his great grandfather, Reverend Mills, served as Pastor. At Hamtramck High School, he was a standout sport athlete in track and basketball, where he was affectionately given the nickname Jumpin' Johnny. He grew up playing sports with Hall of Fame basketball Player Dave Debusshere. In June 1956, he along with Dave, enrolled at the University of Detroit where he earned 5 varsity letters, and still holds the High Jump record. His Titan basketball teams played in two N.I.T. , and 1 NCAA tournament. After graduating from the University of Detroit, he began his career as a Social Studies teacher in the Detroit Public School System. In 1964, he married his childhood sweetheart, Linda Joyce Nichols in Detroit. In 1965, he joined Hall of Fame Coach Will Robinson at Pershing High School, where they set numerous Michigan State records including two class A State Championships with future NBA All Stars Ralph Simpson and Spencer Haywood. In 1970 he followed Will Robinson to Illinois State University in Normal, Illinois, making history by becoming the first African American coaching staff in NCAA Division 1 history. At Illinois State, he recruited and coached the legendary Doug Collins a�" NBA 1st Draft Pick, NBA Champion, Coach of the Philadelphia 76ers and Chicago Bulls, and current NBA play by play analyst. In 1973, he was named head coach at Black Hawk College in Moline, Illinois, again making history by becoming the first African American Head Coach at Black Hawk, and in the Quad Cities Area. In 4 years, his combined record was 80 wins, 40 losses and coached future NBA player Jeff Wilkins of the Utah Jazz. The Black Hawk teams are still touted as the best in Black Hawk College history. Brother John C. Parker was initiated on December 20, 1975 into the Rock Island Alumni Chapter of Kappa Alpha Psi, Inc. as a dedicated member of our clan, Brother Parker held the following offices: Vice Polemarch and Keeper of Records. After leaving Black hawk, he became a Director at East Moline Correctional Center, East Moline, Illinois, where he retired in 2002. In 1978, he accepted his call to the Gospel Ministry under Reverend E.L. Wiseman, of the Progressive Baptist Church in Davenport, Iowa. He served as Associate Minister for six years before leaving to become Assistant to Reverend Roy H. Cheers at the Olivet Baptist Church, rock Island, Illinois in 1984, for six years. In 1992, he was called to Pastor the Second Baptist Church in Kewanee, Illinois, where he served for 14 years before retiring in 2006. During that time, he served the Woodriver Baptist District Association as Assistant Dean, Dean and Director of the Ministers Seminar. He also served faithfully in the Baptist General State Convention of Illinois, and Quad Cities Baptist Pastor's Association. In 2002, he became the Dean of the Quad Cities Theological Center in Davenport, Iowa. In 2006, he joined the Greater Antioch Baptist Church, Rock Island, Illinois, under the leadership of his son Jarrod. In 2010, he followed his son to "The Word" Church, Rock Island, Illinois where he faithfully served until his death. He was affectionately known to many as "Daddy Parker."