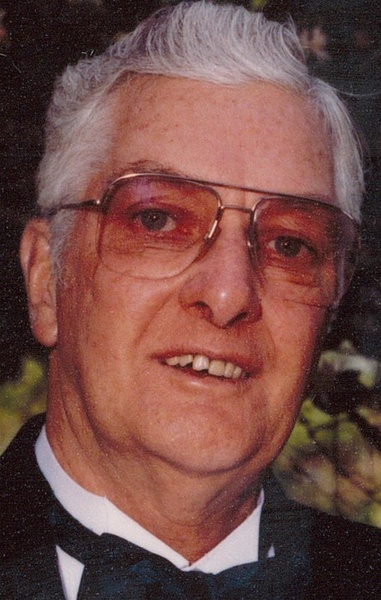 Visitation is Monday, April 16th from 5:00 – 7:00 p.m. at Schroder Mortuary, Silvis.  Funeral services are 11:00 a.m. on Tuesday, April 17th at the mortuary.  In lieu of flowers, memorials may be left D.A.V. (Disabled American Veterans).  Burial will be in Greenview Memorial Gardens, East Moline.

Kermit was born Jan. 29, 1929 in Silvis, IL the son of Otto and Vona Nickelson Alexander. He served in the Air Force during the Korean Conflict. Kermit married Delores Inskeep Dec. 25, 1958 in Moline. She passed away Nov. 19, 2013. He worked as a carman and also on the wrecker crew for Rock Island Lines, retiring after 37 years.  Kermit enjoyed all kinds of sports, especially playing baseball and bowling.  He was an avid Chicago Cubs and Bears fan.

Kermit was preceded in death by his parents, wife, daughter Paula in 1999, daughter Kristine at birth and brother Maurice Alexander.

To order memorial trees or send flowers to the family in memory of Kermit Alexander, please visit our flower store.