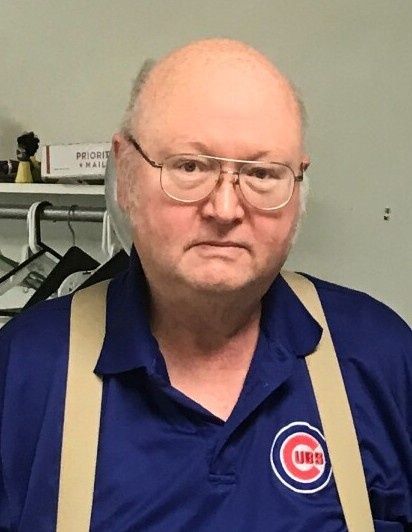 Clarence “Kim” Thomas Sheldon of Silvis passed away June 20, 2020 at his home shortly after his forty-fourth 21st birthday.

Visitation will be 10-12pm Thursday at Faith Walk World Outreach Center in Silvis.  Due to COVID-19 restrictions all social distancing practices will be observed during the visitation. Graveside services will be 2pm at Erie Cemetery for anyone wishing to attend. Memorials may be made to the Oasis.

Kim was born March 4, 1956 in Rosiclare, IL the son of Clarence Zack and Bonnie Jean Sheldon. He attended school in Southern Illinois and later moved to Hillsdale. He graduated from Erie High School in 1974 and graduated from Kaplan University with a business management degree. Kim started working at Erie Lumber and Grain in high school and later worked at Montgomery Wards and the Plaza One Hotel in Rock Island. He enjoyed photography and watching sports, especially the CUBS and cooking and baking cookies.

Kim is survived by his brother Wendell (Mei Li) Sheldon; sister Mary Sheldon; uncles; aunts and several cousins as well as his adopted sisters Jane Clevenger and Debbie De Boer and many extended family members he found over the years.

He was preceded in death by his parents Clarence and Bonnie and grandparents Ma Jane, Pa Wade, Ma Nell and Pa Ike along with several aunts, uncles, and cousins.

To order memorial trees or send flowers to the family in memory of Kim Sheldon, please visit our flower store.