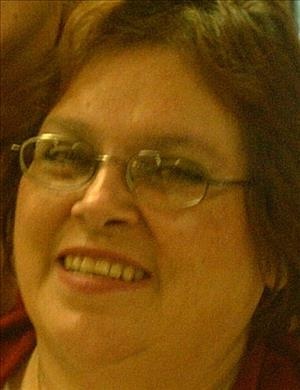 Visitation will be 12 - 3pm Sunday at Schroder Mortuary in Silvis. A funeral mass will be 10am Tuesday at St. Anne's Catholic Church in East Moline with burial to follow at Greenview Memorial Gardens in East Moline. Memorials may be made to the family.

Maria was born July 8, 1964 in Moline, IL the daughter of David and Esperanza Sierra Hay. She married Tommy Grumadas June 14, 1986 in Rock Island, IL. He passed away April 19, 2015. Maria held various jobs in the area but taking care of her family was most important. She also enjoyed bingo, dancing and listening to music, especially Elvis. Maria was very outgoing and loved being with family.

Maria was preceded in death by her parents; husband Tommy Grumadas; daughter Victoria, granddaughter Angel and a brother Timothy.
To order memorial trees or send flowers to the family in memory of Maria Grumadas, please visit our flower store.