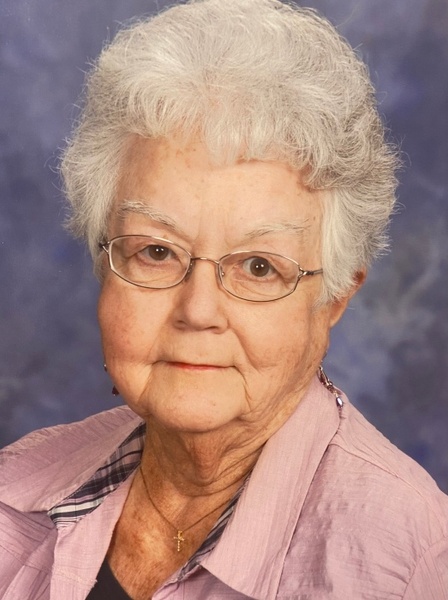 Visitation will be 10-12pm Saturday, July 9, 2022 at Schroder Mortuary, Silvis with funeral services to follow starting at 12 noon. Anyone unable to attend may view the service on Facebook Live (instructions will be posted on Schroder Mortuary facebook page). Burial will be in Hampton Township Cemetery. A reception with the family will follow at Marge’s home.

Marjorie was born January 7, 1929, in Jacksonville, IL the daughter of Philip and Frankie Mae (Kerns) Dodge. She lived in Galesburg, IL where her younger brother John and sister Rebecca were born.  The family moved to Quincy in 1938.  Marge graduated from Quincy High School in 1946 where she was inducted into the National Honor Society and served as the Editor of the Q Review.  She was also active in the French Club and the Pan American Society.  After high school Marge attended Knox College in Galesburg for 2 years and joined the Delta Zeta Sorority.

On April 13, 1952, she married her high school sweetheart Richard “Dick” Leigh Greene in Quincy, IL.Together they had a son Roger Leigh Greene who became the light of their life.  In March 1988 Roger married Susanne Ann Vosen who complemented the family, and on November 5, 1993, the family was completed with the birth of Marge’s grandson Ryan Leigh Greene.

Marjorie was an active member of the community and was recognized for her more than 20,000 hours and four decades volunteering for Illini Hospital Auxiliary where she was presented The Book of Golden Deeds award in 1998. She and her husband enjoyed many Hawkeye tailgate parties, taking road trips across the country, and were members of the Willow Springs Swim Club.  They enjoyed entertaining with friends and visiting family.

Dick passed away after a long battle with cancer in May 1997, with Marjorie by his side.  After the death of her husband, Marjorie continued to live life with zest and was an active grandmother, volunteer, traveler, crafter, and holiday decorator.  She was a member of Christ United Methodist Church in East Moline, and the UTHS Booster Club.

Marjorie loved the outdoors and took great enjoyment in her garden and flowers.  She was also an avid bird watcher and had many bird feeders around her garden so she could watch the birds throughout the day.  She loved her home, her neighborhood, and her neighbors, who were among her closest friends.

The family wishes to give sincere thanks to Genesis Hospice for the care and grace they offered Marjorie and her family during her last days.

Memorials may be made to The Richard L. Greene Scholarship Fund/ UTHS Booster Club Memorial at 1275 Avenues of the Cities, East Moline, IL 61244.

To order memorial trees or send flowers to the family in memory of Marjorie Greene, please visit our flower store.