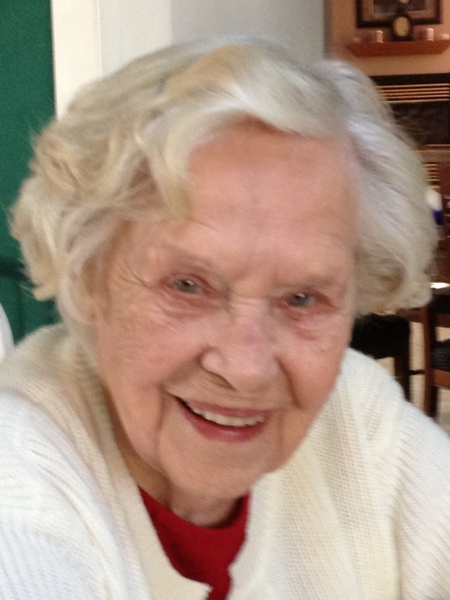 Marjorie M. Vogler, 96, of East Moline passed away peacefully with her family nearby September 1, 2019 at Clarissa C. Cook Hospice House in Bettendorf.

A celebration of life for Marjorie will be 11am Friday, September 6 at Schroder Mortuary in Silvis with visitation 1 hour prior to service time. Burial will be in Hampton Township Cemetery. In lieu of flowers memorials may be made to the Gale Vogler Scholarship at United Township High School.

Marjorie was born September 9, 1922 in Kewanee, Illinois the daughter of Ed and Lulu Inloes. She married George Sherrick and later married Jesse D. Vogler July 30, 1943 in Clinton, Iowa. Jesse passed away in 1981 after 38 years of marriage. She was the branch manager of the former Chicago Daily News in East Moline for several years. Marjorie will be remembered by her family and friends as one of the nicest people you will meet, family being the most important thing in the world to her. She will be sorely missed but always remembered with loving memories.

To order memorial trees or send flowers to the family in memory of Marjorie Vogler, please visit our flower store.