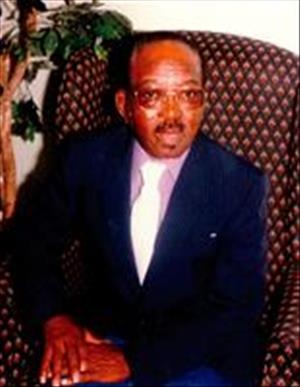 Funeral Services are 11 am Saturday December 14, 2013 at Mt. Zion Baptist Church in East Moline. Visitation will be 4-7pm Friday at the Church. Burial will be 10am Monday December 16 at Rock Island National Cemetery. Memorials may be made to the Church. Schroder Mortuary in Silvis is assisting the family with arrangements.

Max was born February 1, 1926 in Centerville, IA the son of Clarence and Daisy Pullens Bandy Sr. He married Kathryn Thomas in 1950. Max served in the Army during the Korean Conflict. He was a union steward and retired from Case IH after 44 years. He served 2 terms as 6th Ward Alderman for the City of East Moline and continued to serve on the City Council. Max was a member of Mt. Zion Baptist Church in East Moline where he was a member of the choir and also the custodian. He also served of the board of the Florence Aldridge Center in East Moline and was an avid Iowa Hawkeye Fan. Max had a love for life and helping people. He cherished his family and was especially proud of his children and grandchildren.

Max was preceded in death by his parents, a daughter Adrienna Bandy and 10 brothers and sisters.
To order memorial trees or send flowers to the family in memory of Maximillian Bandy, please visit our flower store.