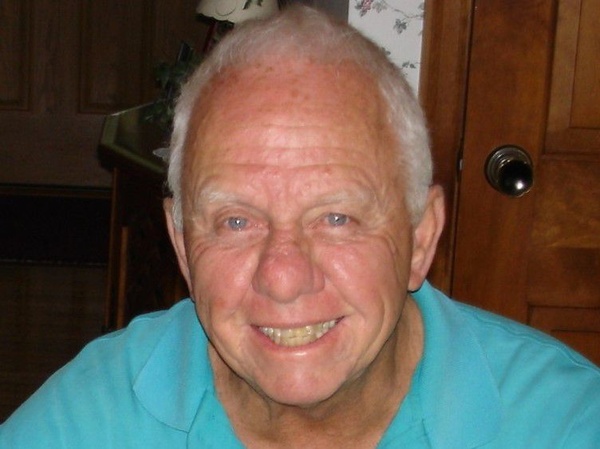 With his son & daughter by his side, as well as his feathered and furry friends outside his window, Merlin ‘Mert’ Danielsen quietly passed at home Saturday evening at the age of 89.

Born to George & Julia Danielsen in Moline. From a young age, the outdoors was where Mert was happiest.He went to Moline schools through high school, Augustana College, then on to the University of Iowa, pledging the Phi Kappa Alpha Fraternity, and graduating a registered pharmacist.

After graduating college, he enlisted in the Army during the Korean War where he served as a pharmacist at Fort Sam Houston, San Antonio, Tx. He was honorably discharged earning the National Defense Service Medal as well as the Good Conduct Medal. After discharge in 1955, Mert returned to Moline to begin his career as pharmacist and store manager for a chain of drug stores.

While stationed at Fort Sam, he met a beautiful young Army nurse that he courted and eventually married while at Fort Sam. They went on to have a family of 3 children after settling down in Moline. There were family vacations through the years that returned to San Antonio.

1979 saw Mert moving to Dubuque Iowa to continue his career and develop ‘That Golf Game’ at Bunker Hills Golf Course. More importantly, he spent his free time enjoying the outdoors at home and often volunteering his time at the Mines of Spain Recreation Area in Dubuque. Above all, nature and wildlife were Mert’s life and passion. Whether it was Bluebirds, Hummingbirds or Orioles, his home was THE place for seeing beautiful birds.

Life saw Mert moving back to the Quad Cities in 2006, sharing a home with his son, Kurt. It wasn’t long before Mert became a neighborhood fixture sitting on his porch giving a friendly wave and hearty greeting to all who passed. Again, he found himself surrounded with a variety of wonderful birds and furry little critters that would join him on in his lap and feed from his hand.

Mert was fortunate to be able to spend much time over the years with his daughter in Florida, honing his golf game at some of the finest golf courses around. He was quite an accomplished player that wouldn’t hesitate to walk 36 holes a day at his course in Dubuque. He and Kurt were able travel to many special destinations in our country. The favorite being driving ‘Odysseys’ around the Great Lakes, with several ‘Circle Tours’ around Lake Superior being the most memorable.

Mert is survived by son & roommate Kurt, East Moline, daughter Mary, Maitland, FL, grandson Jeremy, Geneseo, sisters Barbara Showers, Escondido CA, Julia (Gary) Dahlquist, Geneseo, and nieces and nephews coast to coast. Mert was preceded in death by his parents and his son Jim. He had many friends in both Moline and Dubuque that played a large part in his life.

We are certain Mert is now playing golf the world over and walking the lands of the world with all of nature’s creatures. RIP Father, Grandfather, and brother. We are privileged to have shared life with a true Gentle Man.

Graveside services with full military honors will be held at Rock Island National Cemetery July 19, 2018. For those planning on attending, a procession will be leaving Schroder Mortuary in Silvis at 10AM.

To order memorial trees or send flowers to the family in memory of Merlin Danielson, please visit our flower store.