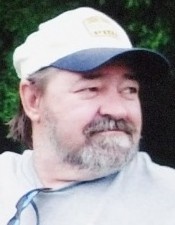 Michael L. "Mike" Coakley, 69, of Colona, passed away at his home on Saturday, May 4, after a brief illness, surrounded by family.

A memorial service with military honors will be 2 p.m. Wednesday, May 8, at Schroder Mortuary in Colona. Visitation will be from 1 p.m. until service time at the mortuary. A celebration of life will follow at Colona American Legion Post 1233, for a time of remembrance.

Michael served in the Marine Corps, with three tours in Vietnam. He worked for the Rock Island Lines, and Iowa Interstate Railroad. He was later a maintenance man & general contractor.

He loved to tinker, and had the ability to fix nearly anything. He also enjoyed fishing and following the Cubs. Their only grandchild, Arwen Elizabeth, had been the light of his life. He had been her babysitter and best friend from the time of her birth.

He had a multitude of nieces and nephews, whom he loved beyond measure, and found great pleasure in mentoring whenever needed.

He was preceded in death by his parents; infant daughter, Corina; brother, William; and sister-in-law, Rhonda.

Thank you, Papa, for all of your love and lessons.

To order memorial trees or send flowers to the family in memory of Michael Coakley, please visit our flower store.