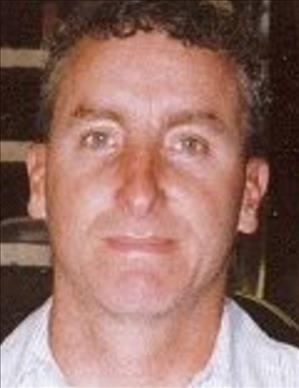 Funeral services will take place at 10 a.m. Tuesday at Schroder Mortuary, 701 1st Ave., Silvis, with the Rev. Bill Coley, pastor of First Christian Church, officiating. Burial will be at Greenview Memorial Gardens, East Moline. Visitation will be 2 to 4 p.m. and 6 to 8 p.m. Monday at the mortuary.

Michael was born Aug. 31, 1964, in Moline, to Dale and Marvelene Fields Humphrey. Michael was a distinguished race car builder in the automobile motorsport industry, fielding cars for many top drivers in the area. Most recently, Michael was fielding cars to professional touring series teams and drivers racing dirt late Model race cars throughout the nation.

Michael graduated from United Township High School in East Moline. He was employed at Reynolds Motor Company for 10 years prior to his ascension through the motorsports ranks. He worked as a chassis builder and leader in the motorsport industry through his tenures at M & M Motorsports and Mach 1 Racing. Michael was currently under contract to Stuckey Performance of Shreveport, with race car sales to the top teams and drivers in the country. Michael also was recruited as a crew member for an ASA American Speed Association race team, where he spent two years touring the country competing in asphalt races as a part of the ASA racing series. Michael was also hired by Roush Racing in Livonia, Mich., as Roush Racing was entering the ranks of NASCAR Winston Cup racing in the late 1980s.

Survivors include his mother, Lora Marvelene; brother, Robert, Silvis; and pet dogs, Hot Rod and Riley. Michael was preceded in death by his father, Dale Humphrey.
To order memorial trees or send flowers to the family in memory of Michael Humphrey, please visit our flower store.