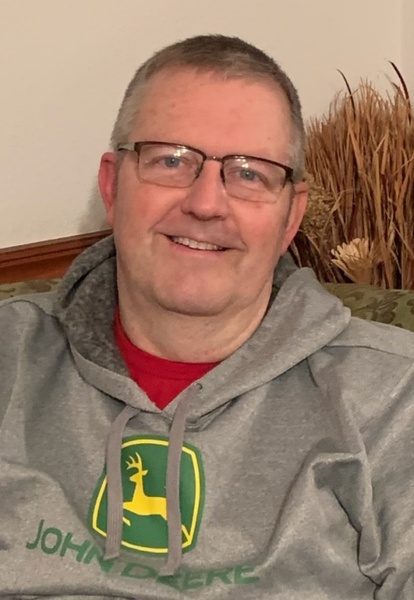 Funeral services will be 6:30pm Thursday at The Sanctuary Quad Cities in Silvis with visitation 2 hours prior to service time. Burial will be at a later date at Greenview Memorial Gardens, East Moline. Memorials may be made to the church.

Michael was born April 9, 1970 in Moline, IL the son of Willard Lee and Karen Sue (Lewis) Willhouse. He graduated from United Township high school in 1988. Michael married Yana Sherley May 27, 2000 in Silvis, IL. Michael was a member of The Sanctuary Quad Cities for over 45 years. He was actively involved with many things including ushering, teen and singles leader, bus routes, night crew, Sunday School, grounds crew, and was a Boy Scout Leader. He worked at Miller Container from high school until 2009 and spent the last 11 years working at John Deere Parts Distribution Center. Michael loved fishing, especially at Crane Lake in Minnesota. He also enjoyed metal detecting, yard sales, estate sales, and auctions. He loved collecting treasures and refurbishing them to sell at one of his three booths in the Country Fair Mall in Coal Valley.

Michael was preceded in death by his parents; grandparents Ethel and Leo Willhouse and Robert and Agnes Lewis, and several uncles.

To order memorial trees or send flowers to the family in memory of Michael Willhouse, please visit our flower store.