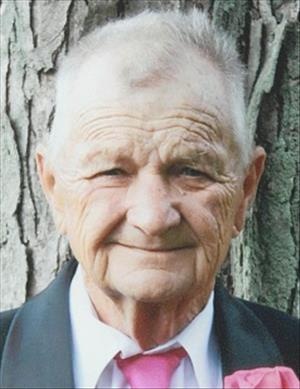 Millard L. Lindburg, 81, of Andover passed away December 8, 2017 at his home with his family by his side.

Per his wishes he will be cremated and a celebration of life will be held at a later date. Schroder Mortuary in Colona is assisting the family with arrangements. Memorials may be sent to PO Box 23 Andover, IL 61233.

Millard was born June 14, 1936 in Aledo, IL the son of LaVerne and Jean Witt Lindburg. He married Diane Whitehall Dec. 21, 1957 in Tupelo, MS. Millard worked for International Harvester until they closed. He served in the Navy for 10 A½ years with the last 5 years being on a submarine. He was the commander of the Andover American Legion from 2008 until June of 2017. Millard's love for his family always came first and his best buddies were his dogs Graci and Midnight.

Millard was preceded in death by his parents, mother and father in law, daughter, sister and brother in law.
To order memorial trees or send flowers to the family in memory of Millard Lindburg, please visit our flower store.