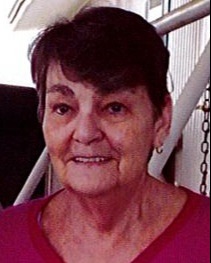 Nancy L. Graham, 79, of Anamosa,  formerly of Silvis passed away January 17, 2023 at Pinicon Place in Anamosa, IA after complications of Alzheimer's.

Nancy was born January 22, 1943 the daughter of John and Melanie (Steelandt) Martens. She married Wayne Stanlake in 1965 and later married John Graham in 1982, he passed away in 1983. Nancy worked as a teller at the Bank of Silvis for several years until 1976 when she started working as a secretary at Silvis School, retiring in 1997. She loved her 2 dogs and was an avid walker. She also enjoyed crocheting and baking.

Nancy was preceded in death by her parents, husband John, and a nephew Brian.

To order memorial trees or send flowers to the family in memory of Nancy Graham, please visit our flower store.