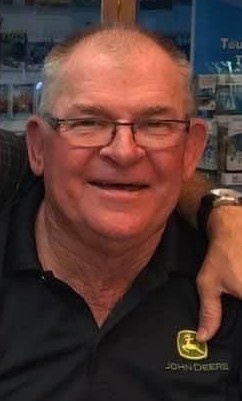 Neville followed in his father’s footsteps and he was traveling on his own to different continents while still in his teens, to demonstrate farm equipment (sugarcane harvesters) that his father developed (Toft, Toft Bros, & AusToft). He also purchased his own sugarcane farm before turning twenty. After his father sold the business, and prior to starting another career with Cameco (later purchased by John Deere), Neville started developing his own designs based on needs of the nearby farmers, and he built various machines (tomato, orange, and other vegetable picker/harvesters), and sold them directly to the farmers.

During his early years he operated and improved multiple machine forms for the Toft & AusToft portfolio. Neville was already known by the world over for his expertise with mechanized cane harvesting. Prior to recently retiring from Cameco/John Deere in 2020, Neville was instrumental in the design of 2500, 2600, 3510, 3520, 3522, CH330, CH570, CH670, and most recently the CH950/60. Neville was committed to lifelong cane harvesting learning as he hosted his famous NT Tours in Australia, Brazil, & the U.S. For many, these in-depth tours were truly a window into another world that proved invaluable for changing paradigms & challenging the status quo. Neville will never be forgotten by his family, colleagues, and many friends throughout the world, as well as the global cane harvesting sector.

Memorials may be made to the Australian Zoo or the American Cancer Society.

To order memorial trees or send flowers to the family in memory of Neville Toft, please visit our flower store.